Assessment of the Molecular Target of Fusarochromanone and its Analogues 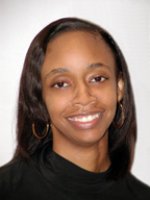 
The long-term goal of this project is to elucidate the molecular mechanisms of drug targets for cancer using molecular genetics and bioinformatics in baker's yeast. Cancers represent an increasing health problem as people live longer. Identifying novel drugs and therapeutic treatments to combat the myriad of cancers requires decades of investigation. The objective of this research project is to use Saccharomyces cerevisiae ( budding yeast) as a screening tool to identify the molecular target(s) of putative, novel anti-cancer drugs, fusarochromanone (FC-101a) and its analogues. Initial identification in yeast greatly reduces the time required to test the efficacy of these drugs in animal models. FC-101a is a small natural flavonoid compound and mycotoxin produced by Fusarium equiseti, a fungus present in decaying cereal plants. Studies by Dreau et al., 2007, indicate that fusarochromanone increases apoptosis of melanomas and reduces tumor growth in vivo. Yet is it is not known whether the cytotoxic effects of FC-101a can be used for clinical treatment of human tumors. To date, the molecular mechanisms by which this drug acts to elicit its anti-tumor effects are unknown. The proposed investigation will serve as an initial in vivo study to identify the molecular targets of FC-101a and its analogues to simplify the experimental design of future animal model studies. The first Specific Aim is to (1) perform drug sensitivity assays with yeast exposed to FC-101a and its analogues, (2) screen yeast deletion and hypomorphic collections for strains that confer drug resistance, and (3) isolate dosage suppressors of this resistance to the drug to identify proteins that interact with the putative molecular target(s). We hypothesize the existence of genes that, when deleted or mutated, cause drug resistance to cells, and genes that, when overexpressed, suppress this drug resistance. These genes represent specific, putative molecular targets within the same signal transduction pathway(s) utilized by FC-101a. The second Specific Aim is to identify genes that are differentially expressed in yeast exposed to sub-lethal concentrations of FC-101a. We will measure global transcriptional changes that occur in strains exposed to sub-lethal levels of FC-101a and its analogues using microarray analysis and real time PCR. We will make crosses between strains of putative molecular targets to identify genetic interactions. To identify protein-protein and protein-drug interactions between FC-101a and other molecules, we will perform co-immunoprecipitation, western blotting, and mass spectrometry. Molecular targets for FC-101a thus identified in yeast will be candidates for validation in future animal model studies.