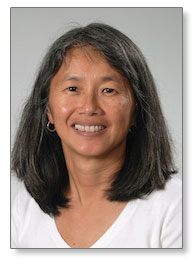 
Human T cell leukemia virus type 1 (HTLV-1) is one of four human retroviruses which include HTLV-II, human immunodeficiency virus-1 (HIV-1), and HIV-2. HTLV-I causes two human diseases, adult T cell leukemia (ATL) and tropical spastic paraparesis/HTLV-I-associated myelopathy (TSP/HAM). The virus infects and integrates its proviral DNA in human CD4+ T cells. TSP/HAM is a neurological disease and is the result of the infiltration of clonal CD4+ T cells into the central nervous system. ATL is a debilitating and aggressive cancer with no known cure and a poor prognosis. Approximately 11-20 million people are infected (HTLV-I+) in the world with pockets of infection occurring in the Caribbean, central Africa, Japan, and Italy. In the United States, HTLV-I+ patients are found mainly in the coastal large cities, including New York City, San Francisco, Los Angeles, and the Gulf Coast (Miami and New Orleans are hotspots). United States blood donations are routinely assayed for the presence of HTLV-I, and about 0.025% of the blood supply is positive for the virus. There is no vaccine for the virus.