University of Louisiana at Monroe, School of Pharmacy 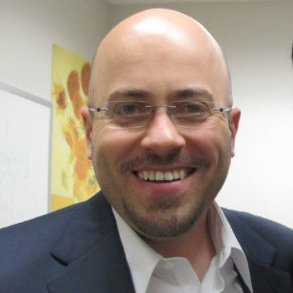 
The highly significant work of this proposal addresses the urgent need to enhance the activity of gemcitabine and to overcome pancreatic tumor resistance to chemotherapy. Cancer is the second leading cause of death in the US (www.cdc.gov). Of all major types of cancer, pancreatic cancer has the highest mortality rate. It ranks as the fourth leading cause of cancer death in the US (www.cancer.gov) and is predicted to become the second leading cause of cancer-related death by 2020 (http://www.pancan.org/). Pancreatic cancer has poor prognosis, even when diagnosed early. It is one of the few cancers for which survival has not improved substantially over nearly 40 years. (http://www.pancreatic.org/). For all stages of pancreatic cancer, the 1- and 5-year relative survival rates are 27% and 6%, respectively (Cancer Facts & Figures 2014). Furthermore, treatment options for pancreatic cancer are limited. Surgery, radiation therapy, and chemotherapy may extend survival but they seldom produce a cure. The tumor response rates of gemcitabine (Gemzar®), the first-line treatment for patients with locally advanced or metastatic (stage IV) adenocarcinoma of the pancreas is approximately 10%. Recently a combination therapy with nab-paclitaxel (Abraxane®) and gemcitabine was approved for the first-line treatment of patients with metastatic adenocarcinoma of the pancreas. While promising, substantial toxic effects and modest benefits were observed with this combination. Therefore, there is a need for newer treatments with fewer side effects and marked enhancement in activity over existing therapies. Our long-term goal is to develop an efficacious approach to improve cancer chemotherapy and to overcome cancer chemoresistance. Our overall objective in the present application is to develop a novel strategy to enhance the efficacy of gemcitabine against pancreatic tumors cells by augmenting the TOCOSOLR paclitaxel nanoemulsion with the tocotrienol isomers of vitamin E and by conjugating gemcitabine and paclitaxel to polyunsaturated fatty acids (PUFA). Our central hypothesis is that nanoemulsions made with tocotrienols as the lipid core and loaded with PUFA conjugated paclitaxel and gemcitabine will have significantly higher anticancer activity than the free paclitaxel + free gemcitabine combination therapy.