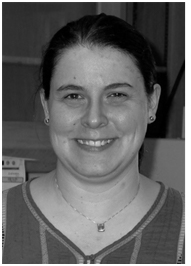 
Bacillus spp. and Clostridium spp. form a specialized, dormant cell type called a spore, during a multistep differentiation process initiated in response to starvation. Multiple diseases from these two genera (such as anthrax and antibiotic-associated diarrhea) begin with internalization of a spore and can have deadly outcomes (34). Spores are resistant to many common disinfection processes making them problematic for re-infection as well as infecting new individuals. Although the spore is the etiological particle, the spores must break their dormant state through a process called germination and resume active metabolism to initiate an infection. One possible complication for inhalational anthrax infections is that dormant spores can be isolated from animals’ lungs weeks after exposure (20, 31). For Clostridium difficile infections, dormant spores in the colon can germinate and cause disease after antibiotic treatment to a patient. We seek to understand the roles of two spore structures in germination: the exosporium (which encases the spore) and the coat (which lies beneath). Previously, we had shown that mutations in the Bacillus anthracis exosporium can alter the ability of spores to germinate either positively or negatively (17, 18). Others have shown that the exosporium influences spore adherence to lung epithelial cells as well as persistence in mouse lungs (7, 25). In addition, C. difficile spore surface proteins are required for adherence to Caco-2 cells (a human epithelial colorectal adenocarcinoma cell line) (44). These phenotypes illustrate the role of the spore coat and exosporium in germination, persistence and adherence which are required steps for infections.

Because spores in the environment can remain dormant for very long periods of time (as much as decades) and then resume active growth in the right environment, efficient decontamination is a cause for concern. An additional concern is that spores are also resistant to many common decontamination strategies used in clinical settings such as alcohol based hand sanitizers and quaternary ammonium–based cleaning compounds (38). Recently there has been a focus on adding a germination step during decontamination strategies to achieve better disinfection since vegetative cells are much easier to kill than spores (39, 40, 43). One possible limitation with this decontamination approach is that a subset of spores in a population does not germinate under normal conditions or are very slow to germinate and these have been called superdormant spores (10, 15, 16, 27, 52, 54).