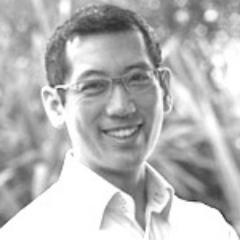 
The nervous system is comprised of billions of complex neurons. These neurons are connected in an intricate and organized manner with excitatory and inhibitory pathways that control the overall system dynamics. Recent developments in kernel estimation research [1, 2] offer a potential therapy for cognitive and memory loss accompanying Alzheimer's disease and other forms of dementia. The proposed project addresses its deficiencies in adaptivity for long term implementation. Here, coupled oscillators are used to model the different regions of the brain because it reflects the intrinsic oscillatory behavior in some subfields of the hippocampus. Furthermore, the existing strategy is static in that it is not able to account for possible changes in neuronal communication characteristics for long term application. The proposed work has great potential for the development of future brain function restoration strategy in which biomimetic silicon neurons are permanently implanted into the damaged region to restore the functions of damaged neurons in central regions of the brain. The replacement silicon neurons need to have functional properties specific to those of the damaged neurons, and capable of receiving inputs and sending electrical outputs to regions of the brain with which the damaged region previously communicated. Special emphasis of this project is to enhance the brain rhythms related to memory consolidation through appropriate feedback stimulation, which requires a better understanding on the electrical and chemical interactions that govern the network behavior of the neurons. The short term objectives of the project are: (a) to develop and validate the computer model for the hippocampus brain region; (b) to incorporate the ability to adapt model parameters for long term application; (c) to investigate the effects of stimuli on network activities related to learning and other higher cognitive functions; and (d) to analyze the brain response to the electrical stimulation generated by the computer model.